Over 15,000 wild birds died mysteriously over the last two months in Ichkeul Park and Sijoumi Lake, both important stop over points for migratory birds in North Africa.
The main species found were ducks and shorebirds, leaving local hunters and residents worried that this phenomena was due to bird influenza. However, according to the Tunisian Veterinary Research Institute, the deaths were cased by Clostridium Botulinum Type C. Clostridium is a normal bacterium in marshland soils and sediments, and it has always been a component of the ecology of wetlands.
The bacterium grows and produces type C Botulinum toxin only in the absence of oxygen, and requires both a rich nutrient substrate such as decomposing carcasses and very warm temperatures.  All of these conditions were present in Tunisia during the dry season of early October.
Maggots and other insects absorb Type C Botulinum toxin and remain unharmed. However, for the migratory birds that live around Ichkeul Park and Sijoumi Lake, these maggots are part of their diet. By eating the maggots, the birds ingest Type C Botulinum toxin, thus becoming poisoned. According to Dr. Riadh Mansouri of the Tunisian Veterinary Research Institute, “It only takes four poisoned maggots to kill a duck.”
Type C Botulinum causes a progressive paralysis of the muscles, beginning in the legs and continuing until the paralysis reaches the organs vital for respiration. When the birds die from this toxin, their decomposing bodies eventually attract blow-flies. As the flies feed off of the decomposing bird carcasses the toxins are transfered, thus continuing the cycle of poisoning by keeping the toxin in the bird’s food source. It is possible for a small number of carcasses of dead animals in a marsh to result in the death of hundreds or thousands of birds through this cycle of amplification.

During the month of November, as rain and cold weather entered the region, the conditions under which Clostridium Botulinum Type C is produced changed. Due to these changes, the cycle broke down caused a drop in the rate of bird deaths. Ichkeul Park’s Director, Mr Ghazouani, said that only 10 bird carcasses were found on park grounds this week.
While are no recorded occurrences of poisoning of people due to Type C Botulinum toxin, it’s recommended not to touch any dead body or clean hands. 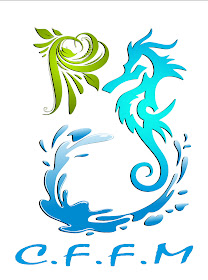